After the flying adventure on the 28th, we went the opposite direction and went under water on the 29th. Specifically, we went to the Georgia Aquarium in Atlanta, where we saw whale sharks for the first time: 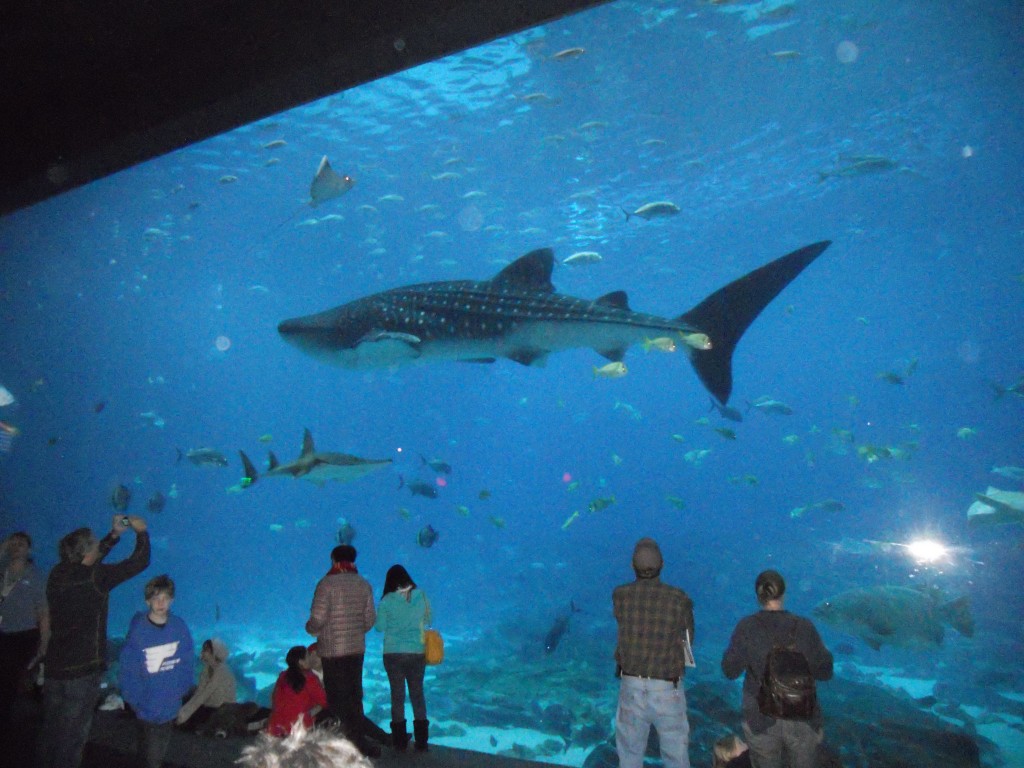 Trust me when I say that whale sharks are Big Ass Creatures. That one in the photo is a juvenile, and at about 25′ long, still has some growing to do before reaching its final length of around 40′. You just have to feel for whomever has to keep that growing body fed. And y’all, the Georgia Aquarium has five whale sharks.

The aquarium also has manta rays, which I adore.

I could watch those move around for hours.

When we left the aquarium, we went to a famous Atlanta landmark for lunch:

The burgers were, frankly, mediocre but the orange milkshakes and fried peach pies totally lived up to the hype.

Right next to the Varsity is this:

It’s something from the 1996 summer Olympics — it’s not the cauldron, but I’m not sure what it is — and it’s just sitting in a parking lot next to a highway and has a chain link fence around it. I have Googled until my fingers were tired and cannot figure out what that thing is and why it’s sitting there all sad and lonely. I find it a little depressing that so much money and time is put into Olympic venues and then they’re forgotten after the medals are awarded and the athletes go home.

So after our mini adventure in Hotlanta, we hopped back in the Jenmobile and headed southeast to Florida’s east coast for our main adventure. Georgia is a biiiiiiig state — the largest east of the Mississippi, as my husband commented a couple of times on our drive — so it took a while to escape the land of Jimmy Carter and peaches and reach the land of oranges and ‘gaters.

Tomorrow, I’ll tell you about the big adventure of our trip.

8 Responses to Winter Break 2012: Under the sea